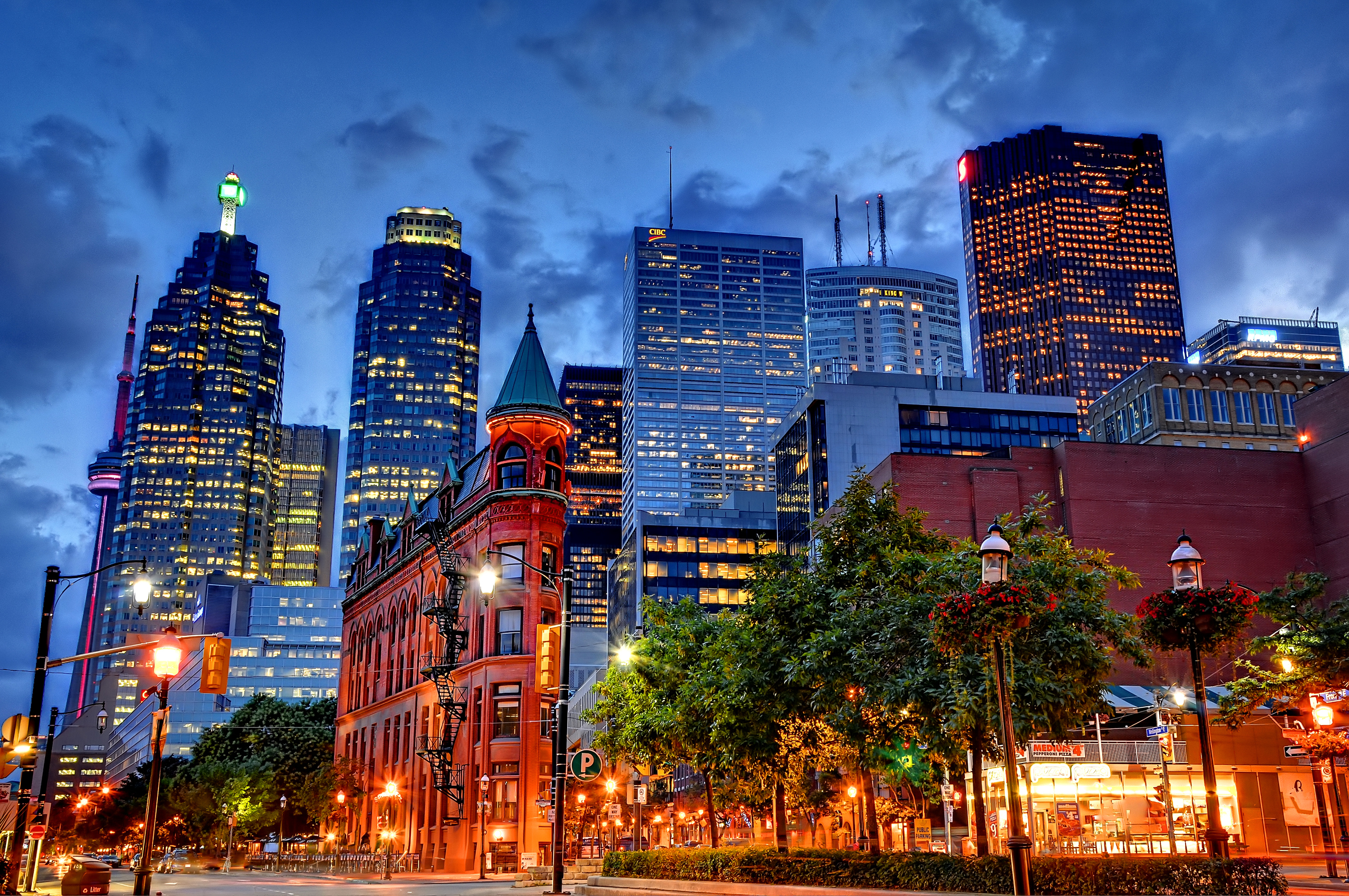 • Canada is the largest country in the western hemisphere and one of the largest in the world. Located in the northern part of North America, Canada extends from the Atlantic Ocean in the east to the Pacific Ocean in the west, and northward into the Arctic Ocean. It has a stable government and a highly skilled workforce, and its residents enjoy a high standard of living. The country has a well-developed transportation system and is rich in natural resources. Canada's official languages are English and French, and its federal capital is Ottawa. A parliamentary democracy, the country is divided into ten provinces and three territories. The official currency is the Canadian dollar (CAD).

• Canada occupies the whole of the northern part of North American continent - expect Alaska - and it is the 2nd largest country in the world (after Russia). It has over 5 500 km from the east to the west and over 4 600 km from the north to the south. There are many big islands which belong to Canada - e.g. Newfoundland, Vancouver, Prince Edward Island etc. Canada neighbors with the continental USA on the south on the 49th parallel and with Alaska on the north-west. The big part of the southern border is made by Great Lakes Region.
• Canada has large mountain areas - the Rocky Mountains, the Mackenzie Mountains and the Melville Hills. The highest mountain is Mt.Logan (6 050 m) in the Alaska Region. The longest river is the Mackenzie flows from the Rocky Mountains to the Arctic Ocean, other big rivers are Yukon, the Columbia (flow to the Pacific Ocean) and the River St. Lawrence (into the Atlantic).
• The Great Lake Region - Lake Ontario, Lake Erie, Lake Huron, Lake Michigan and Lake Superior (all of them are good navigable) is the largest area of fresh water in the world. There are famous Niagara Falls between Lake Erie and Lake Ontario. We can find also other big and beautiful lakes e.g. Great Bear Lake, Great Slave Lake, Lake Winnipeg etc. The density in Canada is only 2,6 people to 1 sq km which means that 89 per cent of the land has no permanent population. Most Canadians live in large urban centers located within 300 km of the southern border - in Toronto (about 4 million inhabitants), Montreal, Vancouver, Edmonton, Hamilton, Winnipeg, Quebec etc.
• Climate
• The climate varies from Arctic climate in the cold wild tundra with winter temperatures as low as minus 50 C to moderate climate in the east and west with the grate beautiful forests. The central plains form the prairie which has favorable climate to farming.

• The many languages spoken in Canada are a reflection of the country’s long history and colonial roots. From an official standpoint, Canada is a bilingual country, with both French and English recognized as the nation’s national languages, but there are also a multitude of non-official languages spoken in the country, ranging from German and Spanish to Punjabi and Chinese. This does not include the large number of native languages that can be heard around the country, particularly in the northernmost reaches of Canada. According to the latest census information, there are over 50 distinct languages and many more native dialects spoken throughout Canada, which are classified into 11 Aboriginal language groups. Of them, only Ojibway, Inuktitut and Cree are spoken by a large enough group of speakers to be considered relevant. Salishan languages are also used in the Northwest Plateau, while Iroquoian and Algic languages are spoken in the Eastern Woodlands cultural area.
• French and English in Canada

• Ottawa is the Capital of the Canada

• Requirements for Canada Tourist Visa
Individuals who wish to visit Canada must meet the following requirements:
• Possess a valid travel document, like a passport.
• Have a medical certificate that proves they are in good health.
• Attend the interview with an immigration officer and convince him that you have connections in India like a job, family, financial assets, etc., because of which you will return.
• Possess adequate funds for the duration of your stay in Canada.
• Undergo a medical exam.
• You may also need to obtain a letter of invitation from a friend or relative residing in Canada.

• WE PROVIDE HIGH QUALITY SERVICES through Experienced Consultants
• Filling of Form & Preparation under Experienced Consultants
• Advising you on finances to be shown
• Advising you on documents to be presented
• Expert Team for Multiple Visa.
• We can arrange & accommodate Tour Letter, Air- Ticket, and Itinerary for VISA Purpose For any query related to your VISA Abroad contact today and get it done.
If you are thinking about immigrating to CANADA, contact Span Immigration ®on 97378 41106 or fill our Contact Us
To know for which scheme you qualify, mail your resume at info@spanimmigration.net