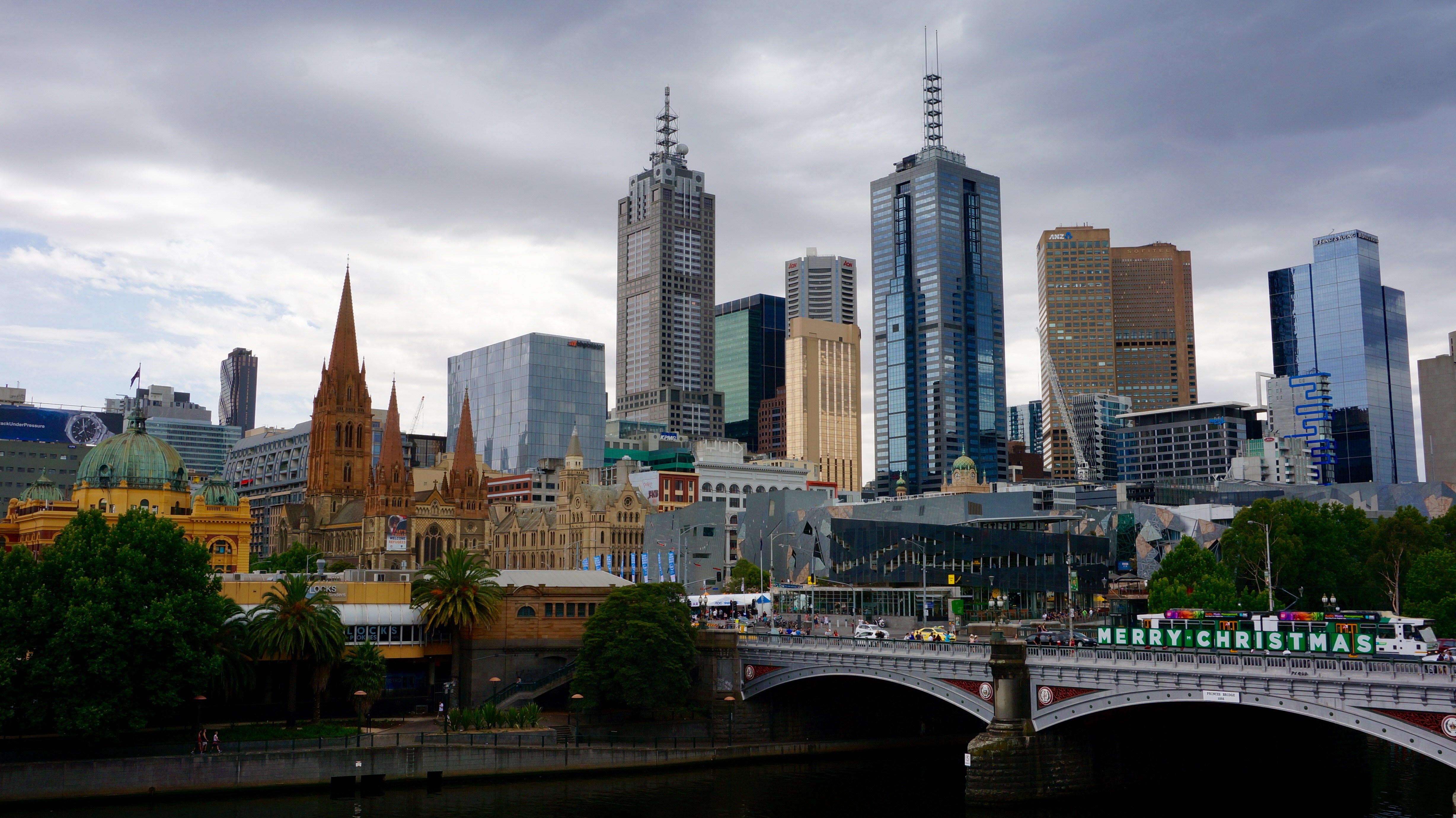 • Australia is world famous for its natural wonders and wide open spaces, its beaches, deserts, "the bush", and "the Outback".
Australia is one of the world's most advance country; it is well known for the attractions of its large cities such as Sydney, Melbourne, Brisbane, and Perth.

• Australia is the sixth-largest country by land area. It is comparable in size to the 48 contiguous United States. Australia is bordered to the west by the Indian Ocean, and to the east by the South Pacific Ocean. The Tasman Sea lies to the southeast, separating it from New Zealand, while the Coral Sea lies to the northeast. Papua New Guinea, East Timor and Indonesia are Australia's northern neighbors, separated from Australia by the Arafura Sea and the Timor Sea.
• As Australia is in the southern hemisphere the winter is June-August while December-February is summer. The winter is the dry season in the tropics, and the summer is the wet. In the southern parts of the country, the seasonal temperature variation is greater. The rainfall is more evenly distributed throughout the year in the southern parts of the East Coast, while in the rest of the south beyond the Great Dividing Range, the summers are dry with the bulk of the rainfall occurring in winter.

• Everyone you interact with in Australia to be able to speak English, whether it is their first language or not. Locals and more recent arrivals of all ages and backgrounds are expected to and usually do speak at least Basic English, as well as the majority of tourists. As Australia is a multicultural society, you will notice the presence of many other languages and accents. Australians who were born in Australia or immigrated as children will speak English with the Australian accent.

• In 1927, the seat of national government was moved to the newly created city of Canberra, which continues to serve as the national capital.

• This visa is for the temporary entry of people for tourism purposes.

• This visa allows people to visit Australia for a holiday or recreation, or to visit family and/or friends for a stay up to three or six or twelve months. This visa may also be used for other short-term non-work purposes.

• To apply for the Australia tourist visa the following eligibility criteria should be met:
• Applicants must prove that they possess sufficient funds to support themselves and their family for the entire period of their visit.
• Applicants must not intend to seek or undertake a job on visitor visa.
• Applicants should have no criminal record and intend to strictly comply with the laws of the country.
• Applicants who might stay either with their relatives or friends should also provide invitation letters from their sponsor.
• Applicants from certain countries may need a temporary resident visa.
• You may need to meet certain more entry requirements based on your profile.

• The process time after submission at VFS is 30 working days.

WE PROVIDE HIGH QUALITY SERVICES through Experienced Consultants
• Filling of Form & Preparation under Experienced Consultants
• Advising you on finances to be shown
• Advising you on documents to be presented
• Expert Team for Multiple Visa.
• We can arrange & accommodate Tour Letter, Air- Ticket, and Itinerary for VISA Purpose For any query related to your VISA Abroad contact today and get it done.

If you are thinking about immigrating to AUSTRALIA, contact Span Immigration ®on 97378 41106 or fill our Contact Us
To know for which scheme you qualify, mail your resume at info@spanimmigration.net